July 4 (UPI) — Jay Hernandez is thanking fans for their support in getting his canceled CBS private detective show, “Magnum P.I.,” a new home on NBC.

“So many people worked very hard to make this happen. CBS, Universal, Magnum execs & all you fans out there,” Hernandez tweeted Sunday.

“The tremendous effort paid off in a very unlikely move for any TV show. We can’t wait to start filming again. #MagnumPISaved #NBC #ohana.”

News broke Friday that NBC had picked up the series for Seasons 5 and 6, which will consist of 10 episodes each, after CBS declined to renew it.

On Sunday, NBC released a brief video of Hernandez in Hawaii, the show’s setting, saying: “Thank you to the fans for the tremendous effort.

“You guys had petitions going. You’ve got a billboard in Times Square! And because of all that noise you made, we now have a new home at NBC. We will see you in Season 5.” 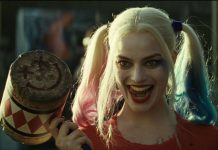