While honeymooning at the Four Seasons Resort in Bora Bora, the couple reportedly took part in a yoga class alongside pals like Jimmy Kimmel and Jason Bateman.

Aniston’s friend and maid of honor, Courteney Cox, and comedian Chelsea Handler are also in attendance on the luxurious vacation.

Aniston and Theroux tied the knot last Wednesday in a surprise ceremony set up in the backyard of their Bel Air mansion. The former Friends actress, 46, and Leftovers actor, 44, left for their exotic honeymoon just after their wedding.

The pair have been together since 2011. Aniston was previously married to actor Brad Pitt between 2000 and 2005; meanwhile, Theroux was linked to stylist Heidi Bivens between 1997 and 2011. The newly married duo confirmed their engagement in 2012. 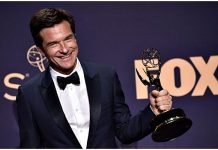 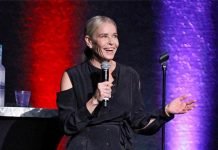