Home Entertainment News Jennifer Garner must say yes to everything in new ‘Yes Day’ trailer
Facebook
Twitter
Pinterest
WhatsApp
Feb. 11 (UPI) — Jennifer Garner and Edgar Ramìrez are parents who agree to say yes to anything their kids ask for in the new trailer for Netflix’s “Yes Day.”Garner and Ramìrez always feel like they have to say no to their three kids, sometimes ruining their fun and creativity.The duo agree to a Yes Day, setting them on a wild adventure through Los Angeles that includes wearing what their kids pick out, getting their car washed with the windows down and taking part in a water balloon fight.Ramìrez calls it quits early after getting hurt, but Garner realizes they have to go all in on Yes Day in order to make it work. The trailer ends with a major house party taking place.

“Yes Day,” which is coming to Netflix on March 12, is based on the Amy Krouse Rosenthal and Tom Lichtenheld children’s book of the same name. 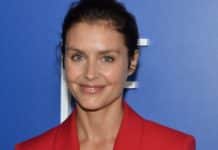 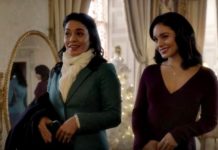