The 43-year-old actor, who plays Sheldon Cooper on the CBS sitcom, said in an interview with Entertainment Tonight that he’s looking forward to seeing the character’s backstory unfold on the forthcoming prequel series.

“[The writers] have done, from the beginning, such a good job of building such a history and a layered nature to all these characters,” Parsons said. “It just seems like a really wasted opportunity if you don’t decide to explore the origin story with that.”

“I mean, they’ve layered so many things in there over the past decade that is already there to be drawn from,” he elaborated. “I’m really excited about it. I think it will be very different from ‘Big Bang,’ but in a good way.”

The spinoff will follow a young Sheldon as he grows up living with his family in Texas. Parsons will executive produce the series, but the character will be cast with a younger actor.

“I would advise that actor to watch me as little as possible, and take that thing by the horns, and make it your own,” the star said.

Sources told The Hollywood Reporter in November that the new show will have a “Malcolm in the Middle” feel. “Big Bang” co-creators Chuck Lorre and Bill Prady created the series, with Steve Molaro to serve as showrunner.

“The Big Bang Theory” is in the midst of its 10th season and airs Thursdays at 8 p.m. ET. The sitcom co-stars Johnny Galecki as Leonard, Kaley Cuoco as Penny, Simon Helberg as Howard and Kunal Nayyar as Raj. 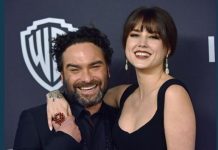 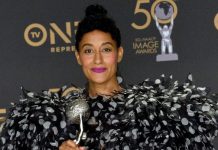 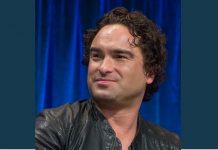