The 40-year-old television personality said in the May 14 issue of People that she’s shocked but excited to be expecting again with husband and co-star Chip Gaines.

“I had been feeling a little emotional and crazy and thought, ‘Wow, this isn’t me,'” Joanna recalled. “Then all of a sudden I realized, ‘Hey, I remember this.'”

“When I saw the results of the test, my jaw dropped,” she said. “Chip was in the driveway about to leave when I called him back and said, ‘We’re pregnant!’ He was so excited. We’re both just so excited.”

“Every single time they see my belly they have to rub it,” Joanna said of her kids. “I think it’s sweet because they’re older now, and I can see them wanting to be a part of this. We’re all rallying around this baby, which I feel is a sweet gift to our family.”

Joanna announced her pregnancy in January following news Fixer Upperwould end after Season 5. She said in an interview last week that new products and her kids have made her fifth pregnancy easier.

“It feels like it’s all brand-new, even the things that are available now to moms, the star told Entertainment Tonight. “Everything is so fun, these things are really going to help me!”

“I am having so much [fun] now that my kids are older,” she added. “I was right in the thick of it, trying to figure things out, and now I have four older helpers. They are so excited.”

Fixer Upper aired its final episode on HGTV in April. The show followed Chip and Joanna as they renovated homes in the Waco, Texas, area. 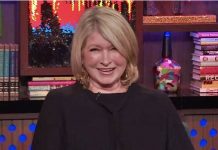 Martha Stewart: Chip Gaines ‘made up’ story about TIME 100 encounter 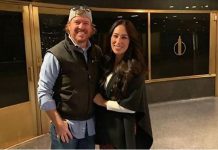