NBCUniversal gave a series order to the limited series, based on Season 2 of the Wondery podcast “Over My Dead Body.”

“Joe Exotic” centers on Carole Baskin (McKinnon), a big cat enthusiast, and Joe “Exotic” Schreibvogel, another exotic animal lover who breeds and uses his big cats for profit. The pair develop a rivalry that becomes dangerous.

The new series is written by Etan Frankel, who will co-executive produce with McKinnon, Hernan Lopez, Marshall Lewy and Aaron Hart.

Variety said “Joe Exotic” will air across NBCUniversal’s NBC, USA Network and its streaming service, Peacock, as the company attempts to adapt amid the streaming wars.

Baskin and Exotic’s story was previously explored in the Netflix docuseries “Tiger King: Murder, Mayhem and Madness,” which started streaming in March.

CBS Television Studios is developing another scripted series about Exotic starring Nicolas Cage. The show is based on the Texas Monthly article “Joe Exotic: A Dark Journey Into the World of a Man Gone Wild.”

McKinnon is known for starring on “Saturday Night Live.” She also appeared in the films “Ghostbusters,” “The Spy Who Dumped Me” and “Bombshell.” 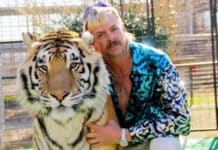 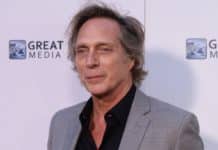