June 27 (UPI) — Joe Jackson, the patriarch and manager of the musical Jackson family, including the Jackson 5, Michael Jackson as a solo artist and Janet Jackson, has died at the age of 89.

“We are deeply saddened by Mr. Jackson’s passing and extend our heartfelt condolences to Mrs. Katherine Jackson and the family,” the estate of Michael Jackson, which includes co-executors John Branca and John McClain, said in a statement mentioning Joe Jackson’s wife Katherine.

“We had developed a warm relationship with Joe in recent years and will miss him tremendously,” they continued.

Joe Jackson’s grandson, Randy Jackson Jr., also confirmed the family patriarch’s death on Twitter. “RIP to the king that made everything possible!!! I love you grandpa,” Randy Jr. said alongside an image of his grandfather.

RIP to the king that made everything possible!!! I love you grandpa

Joe Jackson married Katherine, his second wife, in 1949 and settled down in Gary, Ind. The couple shared nine children together including Maureen, Jackie, Tito, Jermaine, La Toya, Marlon, Randy Sr., Janet and Michael — who died at the age of 50 in 2009. Joe Jackson is also the father of Joh’Vonnie Jackson from an extramarital relationship.

Joe Jackson helped form and manage the Jackson 5 which consisted of Jermaine, Jackie, Tito Marlon and Michael. The band found success with hit songs including “I Want You Back” and “ABC,” among others.

Joe Jackson managed Michael with his solo career starting with 1979’s Off the Wall with Michael cutting ties with his father following the release of legendary album Thriller in 1982, the same year Joe Jackson launched Janet’s musical career. Janet would also separate herself from her father professionally by 1986.

Joe Jackson was known as a strict leader who preferred his children call him by his name instead of dad or father. Michael would accuse Joe Jackson of being physically abusive during an interview with Oprah Winfrey in 1993. Katherine and a number of Michael’s siblings would defend Joe Jackson, however, in the face of abuse allegations. 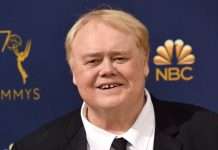