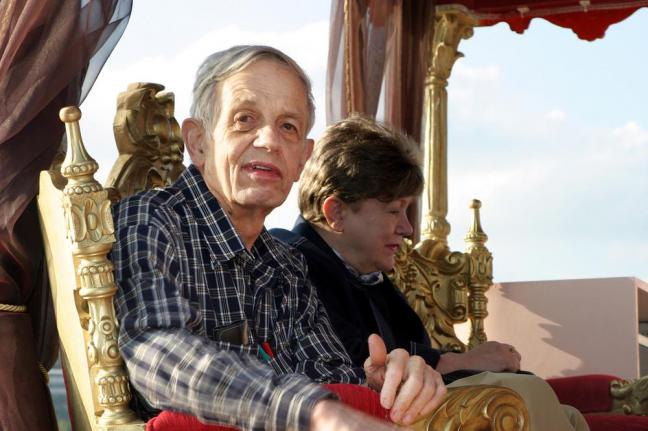 John Nash and Wife, Subjects of ‘A Beautiful Mind’ Film, Dead in Crash

PRINCETON, N.J., May 24 (UPI) — Mathematician John Nash, who inspired the Oscar-winning film “A Beautiful Mind”, was killed in a taxi crash alongside his wife, Alicia, in New Jersey.

Nash, 86, and Alicia Larde, 82, were killed Saturday when the driver of the taxi lost control on the New Jersey Turnpike and crashed into a guard rail, according to State Police Sgt. Gregory William. They were both ejected from the taxi, leading authorities to believe they were not wearing seatbelts.

Nash, a senior research mathematician at Princeton University, was acclaimed worldwide for his work in game theory. He won the Nobel Prize for Economics in 1994.

Nash was played by Russell Crowe in the film, which portrayed the mathematician’s academic breakthroughs and struggles with schizophrenia.

The film won four Oscars, including Best Picture. Nash and Alicia were also recognized for their work in mental health care advocacy.