READING, Pa., July 21 (UPI) — Jon Gosselin says he took a job at TGI Friday’s because he likes to cook.

The 39-year-old former “Jon & Kate Plus 8” star defended his job at the chain restaurant Wednesday after a co-worker leaked a photo of him working at the location in Lancaster, Pa.

“I only work there eight hours a week, because I like to do it,” Gosselin told Entertainment Tonight. “Why can’t I work at a restaurant? I like to cook.”

“I see the picture and I’m wondering who leaked it,” he admitted. “But whatever. I just laugh. I have nothing to hide. I have a super supportive girlfriend, my family is great. My kids love me. I have a pretty simple life.”

Gosselin had confirmed the reports that morning on 103.7’s “Kannon and Sybil,” saying he took the job to help a friend. He also revealed he donates his paychecks to different charities, including the Children’s Miracle Network.

“I love cooking, so my buddy calls me and asks me [because he] needs help in the kitchen. So, I’m like, ‘Yeah,'” the star related. “I’m really happy that TGI hired me for my cooking ability, and not for who I am.”

“I only work there two days a week, so I took my paycheck and I would just donate to charity,” he said. “So, I did it not for the money, I did it because I’m passionate about cooking. I really didn’t make a lot of money there.”

Gosselin works full-time as a DJ and is now taking a two-week break from TGI Friday’s. He told 103.7 the leaked photo broke his trust in his co-workers, but also told ET he hopes to return to the restaurant.

Gosselin came to fame on TLC’s “Jon & Kate Plus 8,” which was renamed “Kate Plus 8” after his divorce from Kate Gosselin. The DJ revealed in June his relationship with Kate and their eight children is strained. 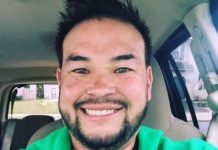 Jon Gosselin to perform as stripper in New Jersey 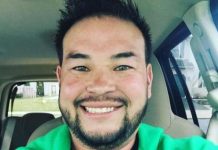 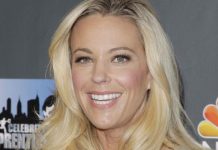