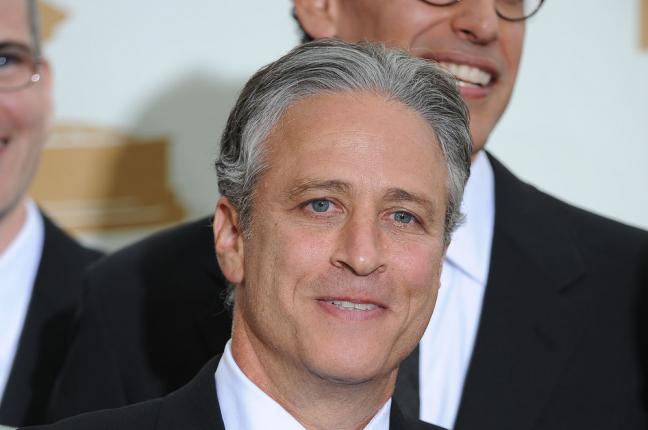 But with just two weeks left until he signs off as The Daily Show host, Stewart decided to do things he says he “never had the balls to try.”

On Monday night, the comedian expressed his thoughts on Mike Huckabee’s controversial statements regarding the Iran Nuclear Deal.

The Huckabee told the Breitbart News Saturday that with the new deal President Barack Obama will ultimately “take the Israelis and march them to the door of the oven.”

“Stewart’s various actions included repeatedly standing up as if he was getting ready to fight someone and pulling a raised middle finger out of his jacket,” The Hollywood Reporter said.

When Stewart decided to verbally communicate again he explained his silent response to Huckabee’s comment.

“For the past, I don’t know, 15 or 16 years, we’ve had a running joke that I could really do the show without saying anything — that I could just make stupid faces and grunt — and we never had the balls to try that,” the late-night show host said. “With two weeks to go, we thought, ‘Why not?’ So that’s what we did, and I realize I’ve been working way too hard.”

According to the Rolling Stones Stewart will finish his role on August 6th with Trevor Noah taking over on September 28th.