Many of the films, including “Jungle Cruise,” are also available on streaming or pay-per-view platforms as a means to reach as many viewers as possible during the coronavirus pandemic.

This weekend’s theatrical Top 10 grossed a total of about $73 million in the United States and Canada, while last week’s Top 10 scored about $67 million when “Old” was No. 1. 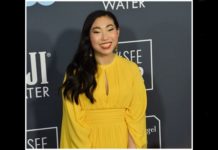