CHARLOTTESVILLE, Va., Nov. 4 (UPI) — A jury on Friday held Rolling Stone magazine, its publisher and a contributing writer responsible for defaming a former University of Virginia administrator in a story, later retracted, that falsely claimed a female student was gang-raped at a fraternity.

The jury found the iconic music and culture magazine and writer Sabrina Rudin Erdley, who wrote the lengthy account titled “A Rape on Campus,” liable for defaming Eramo in the November 2014 article.

The 10-member jury said Erdley committed libel with actual malice against Eramo with the story, and the magazine and its publisher, Wenner Media, defamed her.

The verdict came as a surprise to some observers, since plaintiffs in defamation suits generally have to meet a high burden of proof that the defaming party acted with malice. In other words, the plaintiff must show that a defendant not only made the defamatory statements, but made them knowing they were false.

Eramo’s lawyers argued at trial that Erdley set out to write a rape story that took college administrators to task for their “indifference” to sexual assault, even before she ever started her investigation — and then disregarded conflicting information along the way.

“Once they decided what the story was going to be about, it didn’t matter what the facts were,” Eramo attorney Tom Clare said.

The former administrator sought more than $7 million in the lawsuit, but actual financial damages will be decided at a later court date.

The story recalled the account of a freshman student identifed as “Jackie,” who claimed she was gang-raped in 2012 at one of the Charlottesville campus’ fraternities during a party. The account goes on to claim her pleas for help were ignored and suppressed by Eramo, who was the university’s lead official for investigating sexual violence cases at the time.

Eramo, now an executive director of assessment and planning on the university’s Hazing Prevention Advisory Council, said in her lawsuit that she was cast as a “villain” in the 9,000-word story, which portrayed her as the face of the school’s purported indifference to claims of sexual assault.

The complaint claimed that the story was “the result of a wanton journalist who was more concerned with writing an article that fulfilled her preconceived narrative about the victimization of women on American college campuses, and a malicious publisher who was more concerned about selling magazines … than they were about discovering the truth or actual facts.”

The suit alleged the former administrator suffered great damages as a result of the story’s publication, and the jury agreed.

The civil suit was filed by Eramo in early 2015. The trial began last month. During the 16-day proceeding, jurors heard testimony from several witnesses, including Erdley and Eramo, as well as a taped deposition from the student known as “Jackie” at the center of the story.

An investigation by Charlottesville police concluded in January 2015 that no rape had occurred. Rolling Stone ultimately apologized several times for the story and formally issued a retraction in April 2015.

There remain, however, additional legal troubles for Rolling Stone stemming from the story.

The fraternity named in the story, Phi Kappa Psi, also sued the magazine last year and a judge ruled last month it could go forward.

Three fraternity members also filed a defamation suit, but it was dismissed this summer by a judge who argued they weren’t sufficiently identified in the story. Lawyers for the students said they are considering an appeal.

At trial, one of the magazine’s attorneys told jurors the story has been “the worst thing to ever happen to Rolling Stone.” 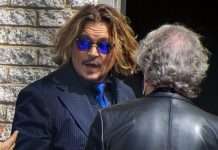