June 8 (UPI) — Justin Bieber has been accused of assault, battery and damages to personal property in a lawsuit filed Thursday. Rodney Cannon said the pop star became agitated after he took a picture of him in 2016.

On June 8, 2016, Cannon was introduced to Bieber during a social event after an NBA Finals game at the Westin Hotel in Cleveland, Ohio. The suit claims Bieber removed Cannon’s sunglasses without permission and put them on. Cannon then took Bieber’s picture, and the star’s “demeanor dramatically changed,” according to the suit.

He became “irate,” “aggressively threatening” to harm Cannon if he didn’t delete the photo. The suit states the exchange happened in front of a crowd of people, and that Bieber used racial epithets.

The incident was initially reported in 2016 when footage leaked online. Last year, it was revealed that the case was under investigation after Cannon had filed a police report.

Bieber also grabbed Cannon’s shirt as he was walking away and then punched him in the face, head and body, according to the lawsuit. Cannon said that rather than engaging in “mutual combat,” he subdued Bieber on the ground. Bieber’s security detail then struck him in the head and knocked him unconscious.

The incident caused Cannon physical and emotional harm, and he had to miss multiple days of work. His $500 Versace sunglasses and clothing were also destroyed, and were valued at more than $1,000, according to the suit. He is seeking damages that will be decided at trial. 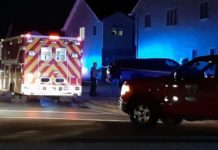