April 8 (UPI) — Sunday was a golden night for Kacey Musgraves, Keith Urban and Dan + Shay, who all took home new hardware from the 54th annual Academy of Country Music Awards at the MGM Grand Garden Arena in Las Vegas.

Dan + Shay, who entered the night with six nominations, would get their turn at the lectern, however, as their song “Tequila” beat out Musgraves’s “Space Cowboy” for Song of the Year.

The twosome’s song also won Single of the Year while the pair took home Duo of the Year.

Keith Urban, who was accompanied by his actress wife Nicole Kidman, added a 10th ACM Award as he won Entertainer of the Year over Chris Stapleton, Jason Aldean, Luke Bryan and Kenny Chesney.

The New Zealand-Australian music sensation also performed his acclaimed “Burden” during the evening that also saw Thomas Rhett rock out with new single “Look What God Gave Her.”

The Georgia native would take to the stage not only to perform but to accept the coveted Male Artist of the Year award, beating out Urban, Luke Combs and Stapleton, who tied with Dan + Shay for most nominations with six but failed to take home a single statue.

Aldean, who lost out on the Entertainer of the Year and Music Event of the Year awards, didn’t go home empty handed as he was named the ACM Dick Clark Artist of the Decade.

Brandon Ray also received the Aflac AMC Lifting Lives Honor from Carly Pearce during the event for his impact on healing others through his music.

“Receiving the Aflac ACM Lifting Lives Honor was a moment I’ll never forget,” he said in a tweet. 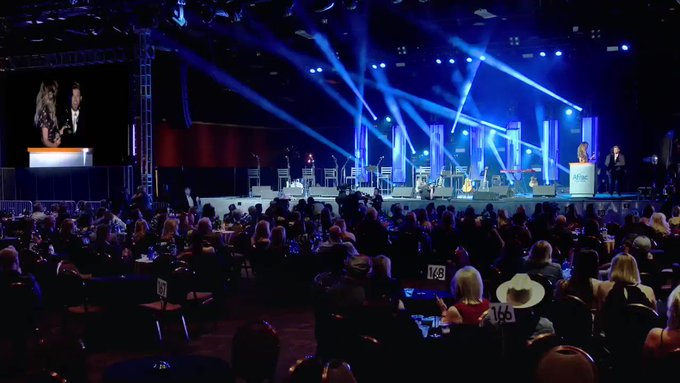 Receiving the Aflac #ACMLiftingLives Honor was a moment I’ll never forget. Thank you to the @AflacDuck, @ACMawards and @carlypearce for awarding me with such a special honor! #ACMawards #AflacHelpDesk #Ad RT

47 people are talking about this 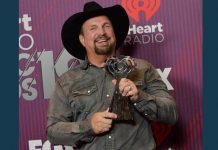 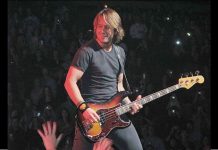 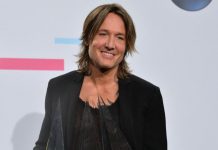