The 62-year-old Today host revealed as much on Tuesday’s episode, her second since Frank Gifford’s death at age 84. The retired NFL player and sports broadcasting legenddied of natural causes at the couple’s New Haven, Conn., home Aug. 9.

“The only criteria was, if you were there, you had to be somebody that he adored, so it kept it nice and small,” she added. Gifford revealed she is planning “some way to celebrate Frank’s life that the public could come to,” saying, “I think we could fill a big hall with people who loved Frank.”

“For 22 years I was blessed with an incredible man to not just call my father, but also my friend,” Cassidy Gifford told People magazine Thursday. “I will always be able to call that legend not only my dad, but the kindest, most generous human being I have ever had the privilege of knowing.” 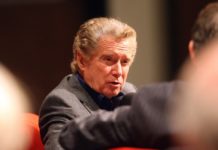 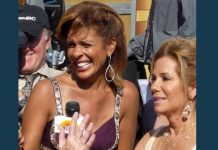 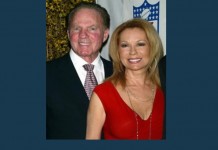