Aug. 29 (UPI) — Kathy Griffin says her longtime friendship with Anderson Cooper is over.

The 56-year-old comedian explained in an interview with The Cut that she cut ties with Cooper after he denounced her controversial photo shoot aimed at President Donald Trump.

Cooper, who co-hosted CNN’s New Year’s Eve special with Griffin from 2007 to 2016, had distanced himself from the comedian after she shared a picture of herself holding up a fake, bloody, decapitated head resembling Trump in May.

“For the record, I am appalled by the photo shoot Kathy Griffin took part in. It is clearly disgusting and completely inappropriate,” the 50-year-old television personality tweeted May 30.

Griffin told The Cut four of Cooper’s colleagues at CNN reached out to her following the backlash, but said Cooper didn’t contact her until June 10.

“[Anderson was] shocked and upset by the photo, and while he was not ready to talk to her personally about it, he still considered her to be a friend, and was publicly supportive when asked about the controversy,” a source told the magazine.

Griffin said she ultimately ended her friendship with Cooper after he publicly claimed they were still friends. Cooper had said as much while appearing on the July 26 episode of “Watch What Happens Live.”

“Yeah, we’re still friends,” the television personality told host Andy Cohen. “I said what I said about how I didn’t think what she said was appropriate, but I wish her the best and I hope she bounces back and gets back on the road.”

“She’s incredibly funny and a lot of people love her, and I think she’ll bounce back from this,” he added. 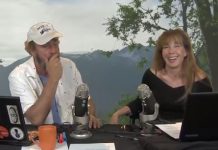 What Do Kathy Griffin and Squatty Potty Have In Common? Weekend Fun, the 11 Herbs and Spices! ‘The Todd and Erin Morning Stream’ —... 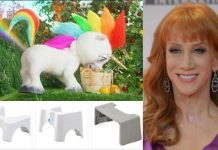 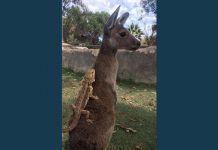