The 21-year-old model and Pepsi were criticized Tuesday after Jenner appeared in a protest-themed commercial for the company’s “Live for Now” moments campaign.

“The Kendall Jenner Pepsi fiasco is a perfect example of what happens when there’s no black people in the room when decisions are being made,” comedian Travon Free tweeted.

“Kendall Jenner ended police brutality with a Pepsi. so if a cop tries to beat or kill you hand them a Pepsi asap!” another person wrote.

The ad, titled “Jump In,” shows Jenner ditching a photo shoot to join a crowd of protesters. She approaches a police officer at one point — echoing an image of Ieshia Evans being arrested at a protest in 2016 following the deaths of Alton Sterling and Philando Castile — and diffuses the situation by handing him a can of Pepsi.

“Could you be any more blatant with the disrespect and appropriation of a movement, @pepsi? Is this a sick joke?!” she added.

Kendall Jenner gives a Pepsi to a cop and rids the world of -isms. Y’all can go somewhere with this tone-deaf, shallow and over-produced ad. pic.twitter.com/CEr4cAw3Ld

Could you be any more blatant with the disrespect and appropriation of a movement, @pepsi? Is this a sick joke?! pic.twitter.com/8NS8ynJUdj 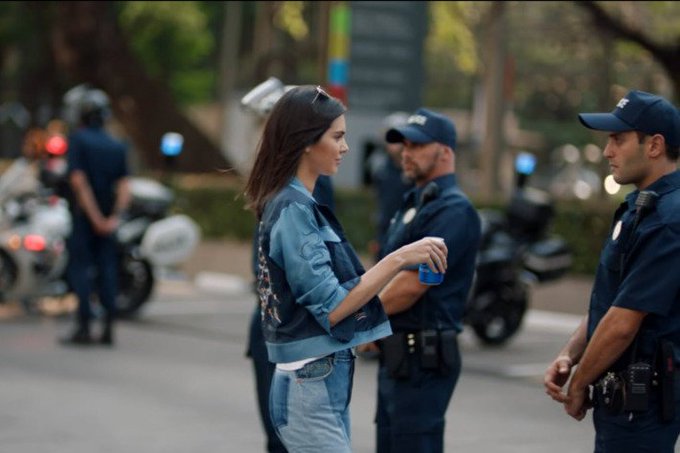 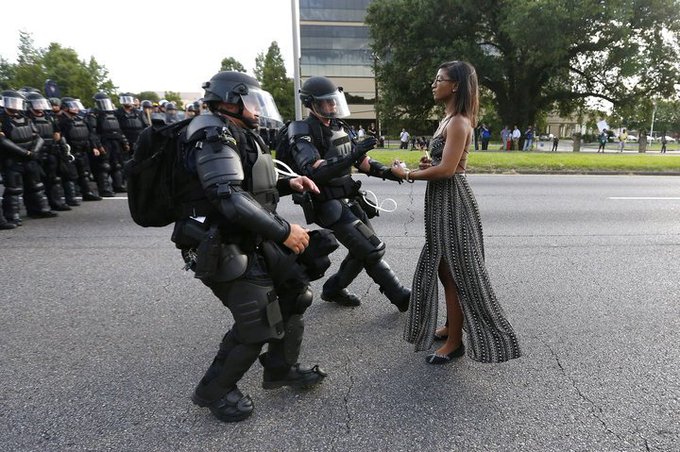 Jenner said in a press release that she was “thrilled” to be named the new face of Pepsi and believes in the “spirit” of the “Live for Now” moments campaign. Pepsi defended the ad in a statement to CNBC.

“This is a global ad that reflects people from different walks of life coming together in a spirit of harmony, and we think that’s an important message to convey,” the company said. 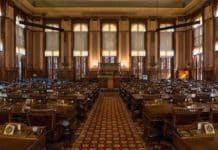 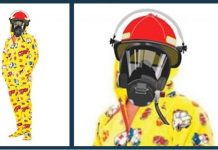