October 31, 2015 (Gephardt Daily) — Remember to turn your clocks back 1 hour tonight. Officially, the clocks are adjusted at 2:00 AM November 1, 2015 signaling the official end of Daylight Saving Time (DST).

Many are asking if DST necessary in this century? I found a video that seems to explain the controversy surrounding DST.

Twice a year you change the clocks and watches. Like the one in the kitchen, the one on your microwave, the one in the family room and the one in your car. But is it really necessary? Some experts are having a hard time seeing the benefits to this bi-yearly ceremony.

Suicide rates, depression, heart attacks, absences from work and school and insomnia all increase over the days after the clocks are adjusted.

In fact, many states have introduced legislation to exterminate Daylight Savings Time completely, saying there is really no need for the hour adjustment twice a year and the practice may cause more harm than good.

It’s all explained, with a little tongue-in-cheek, in the ‘Daylight Saving Time’ movie parodies from ‘Nacho Punch‘ below.

There is even a sequel now.

But seriously, in an article published in 2013, Bustle.com explained six interesting facts about Daylight Savings Time most people don’t know.

1. In America, DST was officially instituted in the 1960s as an energy-conserving measure.

By transferring an hour’s worth of daylight from the early a.m. to the evening hours, people hoped to cut down on electricity usage. But there’s little evidence that the change actually works to reduce energy expenditure. With the introduction of more modern and energy efficient ways to light homes, and many health experts have gone on record to say, there are negative health consequences to the practice of time changing. Some think it’s time too move on from DST.

In the United States, the Energy Policy Act of 2005 extended DST by three weeks in the spring and one week in the fall. The hope was that the extension would further curb electricity expenditure. The shift officially went into effect six years ago, in spring 2007. Since then, DST has begun on the second Sunday in March and ended the first Sunday in November.

3. That wasn’t the first time the U.S. shifted course on DST.

After World War I, several European countries begun adopting a DST scheme. The U.S. wanted in, and formally adopted it in 1918. But it was so unpopular that by 1919 it was discontinued on a national scale (though some cities and states opted to keep it).

During World War II, DST was known as “war time” and reinstated on a national level — then once again done away with in 1945. From 1945 to 1966, there was no official federal policy on DST.

Most of Europe observes daylight savings time, as does most of North America (the exceptions are Saskatchewan in Canada, Sonora in Mexico and Arizona, Alaska and Hawaii in the United States).

5. It can mess with the body’s internal clock.

In 2007, a study found people’s internal body clocks never really adjust to Daylight Saving Time. Our ‘chronobiologic’ rhythms evolved to react to natural changes in sunlight throughout the year, and far be it from DST to mess with that.

“When you change the clocks to Daylight Saving Time, you don’t change anything related to sun time,” said German chronobiologist Till Roenneberg. “We forget that there is a biological clock that is as old as living organisms, a clock that cannot be fooled.”

6. It’s been linked to heart attacks and suicide.

A study published in 2008 in ‘Sleep and Biological Rhythms’ found men were more likely to commit suicide during the first few weeks of DST than any other time of year.

Another study published the same year found that serious heart attacks also jump as DST begins, going up 6 to 10 percent in the first three workdays following its start in the spring. Scientists have speculated that these are due to the effects of body-clock disruption, though why that is is unclear.

So the question is, what do you think? Please leave your comments below.

Again before you hit the sack, remember to turn your alarm clock back 1 hour. 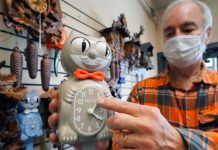 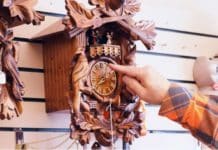 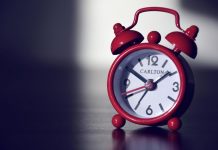 Daylight Saving Time: Get ready for a lost hour of sleep Sunday