The 36-year-old reality star confirmed Tuesday she will launch a makeup line, called KKW Beauty, in June and a perfume by the end of the year.

Kardashian said she will have “full ownership” and control of the new ventures, according to Elite Daily. She expressed pride in being “a hundred percent” involved in the design and production of her products.

“In the same beauty world, I’m launching a fragrance at the end of the year, and these are all projects I’m doing full ownership … Every last detail from the box, to the packaging, to being in the factory,” the reality television personality shared.

Kardashian told Forbes in an interview backstage that her line will start with a contour kit and “absolutely” expand to other makeup products, much like how her half-sister Kylie Jenner broadened her Lip-Kits into a full cosmetics range.

“It’s KKW Beauty and we’re selling just online,” Kardashian said. “We’re launching with a contour kit. We’re doing a cream contour at the launch with an amazing dual-ended blush to blend it and there’s a highlighter kit with it. It all comes together.”

“Hopefully every month we’ll have a drop of another product. I’m focusing on skin and the contouring and concealer and all of my favorite things will be coming out soon,” she added.

Kardashian and her family came to fame on the E! series “Keeping Up With the Kardashians,” which completed a 13th season this week. 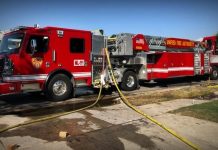 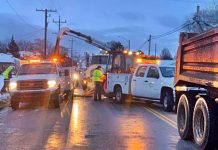