July 9 (UPI) — “Power of the Dog” and “Fargo” co-stars Kirsten Dunst and Jesse Plemons have gotten married after six years as a couple.

Dunst’s publicist confirmed to People.com and UsMagazine.com Friday that the 40-year-old actress has tied the knot with her 34-year-old beau, but released no further details about the wedding.

The New York Post reported Friday that the ceremony took place last weekend in Jamaica at the luxury GoldenEye resort in Ocho Rios.

They are the parents of two sons, 4-year-old Ennis and James, who turns 3 next month. 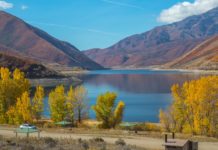