The video sees the 26-year-old actress play the bad girl as she dances and drives through an abandoned Los Angeles.han a few words to get me amped on the idea,” Stewart said in a statement. The Stones. A ’65 Mustang. Alone in Los Angeles. And the shoot was just as dreamy as the idea. We tore L.A. apart in a day and we had one hell of a soundtrack.”

“Ride ‘Em On Down” appears on The Rolling Stones’ new album, “Blue & Lonesome,” the band’s first record to feature all cover songs. The single was originally recorded by Eddie Taylor in 1955.

“It made itself,” guitarist Keith Richards told Rolling Stone in November of recording the album in three days. “[It was also the product of] a lifetime’s research,”

“This is the best record Mick Jagger has ever made,” he added. “It was just watching the guy enjoying doing what he really can do better than anybody else. And also, the band ain’t too shabby.”

Stewart previously appeared in singer Jenny Lewis‘ music video for “Just One of the Guys” in 2014. The actress last appeared in “Billy Lynn’s Long Halftime Walk” and is slated for a Lizzie Borden movie with Chloe Sevigny. 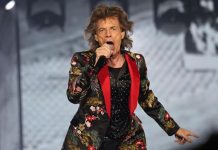 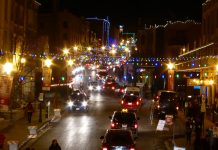 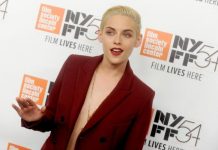