LOS ANGELES – October 8, 2015 — (UPI) — Lance Bass shared details about being sexually harassed during his early years of fame, saying the man who committed the inappropriate actions was “a sad person.”

“When I was 16, 17…someone we worked with definitely was touching me inappropriately,” he said. “I even knew at 16 and 17 that, you know, this isn’t right. No man should be like, touching a teenager like this.”

The former pop star said the pedophile would “find ways” to embark on the inappropriate behavior, suggesting it was for Bass’ own good. The singer, though, said he was aware of the situation and the man was “a sad person” and someone he “felt bad” for.
Bass said he did not feel victimized or violated because he was so “aware” of what was going on.

Bass also clarified that neither he nor his bandmates were molested, “that I know of,” and only experienced inappropriate touching.

“I kind of felt for the guy at the time because, one, I was in the closet and obviously this guy, probably, was in the closet,” Bass, who married artist Michael Turchin last year, said. “I always felt bad. Like, aww this guy is just a sad person.”

Bass revealed on the Wednesday episode of The Meredith Vieira Show that he, and members of his former boy-band N’Sync, were inappropriately touched by a male industry professional when they were first starting out in the entertainment industry.

Empathizing with co-host Ashley Judd, who claims she too was subject to sexual harassment, Bass said men struggle with this in Hollywood just like women do.

“It’s a two-way street,” said Bass. “I was even aware then, at 16, that this guy was a pedophile and he was touching me oddly,” Bass told the other members of the panel. “But I didn’t feel victimized at the time because I was very aware of it.”

Bass also detailed how he and his N’Sync band mate talked about the harassment among themselves, but never felt inclined to share their experience publicly or report it to authorities. “We would kind of joke about it, but it’s not a joking thing,” he said. “As a kid, it was just odd. I’m glad that we were aware of it, and we didn’t feel victimized at the time.” 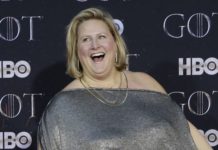