March 27 (UPI) — Laura Dern says it was “incredible” to receive the script for “Wilson” since it gave her the chance to create on screen Pippi — an original, complicated character — from the ground up.

Asked if it was thrilling to be offered a role that wasn’t in a re-boot or sequel, the 50-year-old Los Angeles native told UPI in New York recently, “These are the kind of characters you dream of playing.”

“For me, being raised by actors in the 1970s, watching them work with the directors that would have made “Wilson” — like Hal Ashby and others — that were looking for flawed, broken people, who had a sense of longing and were trying to find their way home. That was what I think made all of us want to be part of talking about storytelling. And that is very magical and very rare. And incredibly subversive,” emphasized the daughter of film stars Bruce Dern and Diane Ladd.

Co-starring Woody Harrelson, Judy Greer and Cheryl Hines, the comedy follows Wilson, a lonely, brutally candid man as he tries to re-connect with Pippi, his former drug addict ex-wife, and Claire, the young-adult daughter he never knew he had. The movie is in theaters now.

Dern’s other credits include the films”Blue Velvet,” “Mask,” “Wild at Heart,” “Jurassic Park,” “Wild” and “The Fault in Our Stars,” as well as TV’s “Big Little Lies,”” Enlightened”and “Recount.” 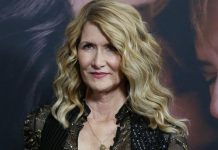 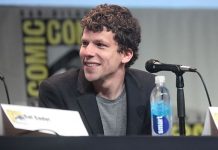