LOS ANGELES, Calif., Feb 5, 2016 (UPI) — Lauren Conrad is being sued for using two photos of surfing dogs on her website.

Incredible Features, Inc., filed a lawsuit against the 30-year-old designer for allegedly using the images without permission in an October 2014 blog post, according to TMZ.

“In the dog eat dog world of online content … Lauren Conrad, a sophisticated website operator, is cognizant of the value of high-quality photography,” court documents read.

Incredible Features claims Conrad’s site isn’t a blog but a “commercial enterprise” where she promotes her Kohl’s clothing line and other ventures. The company is asking Conrad to remove the photos and return any profits gained from their use.

Conrad came to fame on MTV reality series Laguna Beach and The Hills, and has since pursued fashion design. Her website is a lifestyle site featuring fashion and beauty tips, product recommendations and home DIY projects.

“I think it would have to be the right thing,” the star previously told The Huffington Post when asked if she’ll ever return to TV. “Honestly, being behind the camera sounds a lot more exciting.”

Conrad has yet to address the surfing dog lawsuit. The designer, who celebrated her 30th birthday Monday, later shared a photo from her birthday getaway, writing, “Had so much fun saying farewell to my 20s in Mexico.” 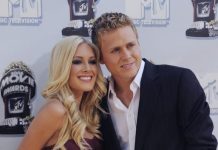 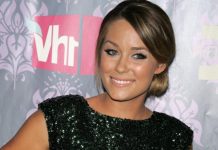