May 9 (UPI) — Lena Dunham detailed on “Late Night with Seth Meyers” how her new podcast titled “The C-Word” will explore the life and career of Mariah Carey.

Dunham said on Wednesday that the podcast, which she will host alongside Alissa Bennett, will dive into how famous women, such as Carey, have been called crazy by the media throughout history.

Other subjects will include famous socialite Casey Johnson and actress Jean Seberg. Dunham will be tackling the subjects from the perspective of someone who also been labeled crazy.

“We just talk about what it means for them to be considered crazy,” Dunham said.”We kind of look at their lives again in light of what we discovered about things like feminism, you know slut shaming, the use of women as cyphers to explore our cultural pain.”

“The C-Word” will be available on new podcast subscription service Luminary starting on Saturday.

Dunham also discussed on “Late Night” how she kissed and posed with Jared Leto’s wax replica of his head that the actor brought to the Met Gala. 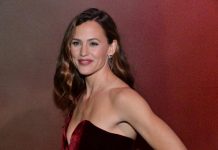 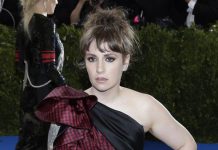 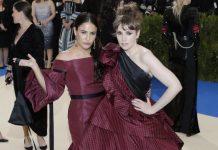