LOS ANGELES, March 9 (UPI) — A viral photo of Leonard DiCaprio wolfing down a Girl Scout cookie at the Academy Awards is being used in the group’s campaign to sell more of the tasty treats.

The post included a link to the website where purchases may be made, along with a photo of boxes of cookies and a poster with a picture of DiCaprio at the Oscars eating a cookie.

The hand-lettered poster reads: “This is Leo. Leo wants an Oscar. Leo buys Girl Scout Cookies at the Awards. Leo wins an Oscar. Leo is smart. Be like Leo.”

DiCaprio won his first Academy Award for his work in the survival tale “The Revenant.” 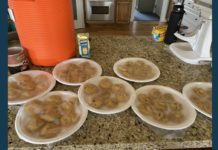 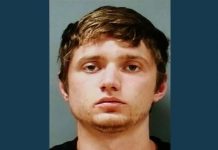 Suspect in Wisconsin crash killing 4 to appear in court