LOS ANGELES, July 20 (UPI) — Twitter has permanently banned the most vocal critic of actress and comedian Leslie Jones, saying this time, he went too far.

Jones, who is in the cast of the new “Ghostbusters” movie remake has been the target of a torrent of vile, sexist, racist and hateful tweets following the film’s debut. Initially, she just blocked the offenders and reported the offensive tweets. But when the situation got completely out-of-hand, she began posting the attacks from online trolls hoping to draw attention to the abuse she was facing, New York Magazine reported.

Milo Yiannopoulos, who is a tech editor for the conservative web site Breitbart, has long been known for his conservative and alternative views on Twitter and for convincing his followers to troll certain Twitter accounts to express their conservative views, often going beyond what most consider acceptable behavior.

Yiannopoulos has been temporarily banned from Twitter numerous times.

In announcing its decision to ban him after he began a concerted campaign to get some of his 380,000 followers to troll Jones’ Twitter account and make vile comments, the social media company said “People should be able to express diverse opinions and beliefs on Twitter,” but “no one deserves to be subjected to targeted abuse online,” BuzzFeed News reported. It posted Twitter’s entire statement on line.

The ban has nothing to do with speech, per se, Twitter said, but with the targeted abuse of a fellow member of Twitter.

“They made a very dumb decision right before I had the eyes of the world media on me,” Yiannopoulos told BuzzFeed. “I think they’re going to come to regret it. Anyone who believes in free speech was sent a very powerful message today, which is that you’re not welcome on Twitter.” 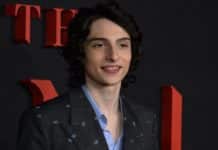 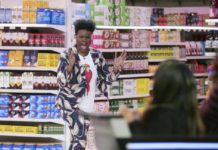