Dec. 4 (UPI) — Lindsay Lohan says she misread the situation with the family who appeared in a viral video of her getting punched in the face.

The 32-year-old actress said in an interview with Paper published Monday that she’s learned since live-streaming a video of herself accosting the family, whom she believed to be Syrian refugees.

Lohan was live-streaming in September when she approached a family with two sons on the streets. She accused the parents of human trafficking after they rebuffed her offer of help and was struck by the boys’ mom.

“I recently made the mistake of having my phone recording live video, and that I learned from,” the star said.

The Mean Girls star said her instinct was to erase the video and “throw it in the trash” but was unable to in the age of social media.

“I read the situation wrong. I’ve learned from it. And that’s all I have to say,” she said through her rep after the interview.

TMZ said Lohan was in Moscow during her run-in with the family in question. She spoke in Arabic and heavily accented English, at one point accusing the family of “ruining Arabic culture.”

Lohan told Paper she’s been enjoying a quiet and private life in Dubai, where she’s been living for the past few years. She will return to TV in the new MTV series “Lohan’s Beach Club,” which premieres Jan. 8. 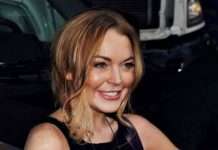 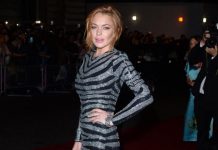