June 26 (UPI) — Lizzo has announced she and her concert tour producer Live Nation are donating $1 million to Planned Parenthood after the U.S. Supreme Court overturned Roe vs. Wade.

The reversal of the landmark 1973 abortion decision Friday pushes the question of legality back to individual states, many of which are already taking measures to restrict or outlaw the pregnancy-ending medical procedure.

Live Nation confirmed the plan in a separately tweeted message titled, “We Stand With Women.”

The post also said the company will cover travel expenses for employees who want/need to have abortions outside of their home states; will bail out employees arrested while protesting peacefully; and will promote voter registration to increase turnout for elections that could impact issues pertaining to abortion. 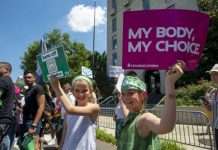