March 22 (UPI) — The cue cards are back in the latest teaser trailer for BBC’s upcoming “Love Actually” reunion short as part of “Red Nose Day.”

Knightly teases in the video that in addition to finding out what each character has been up to following the 2003 film, that audiences will find out who has aged the most gracefully.

“One thing’s for sure,” reads Knightly’s cue card, “It’s not Colin Firth.”

“I think it’s obviously Liam isn’t it?” Neeson suggests in his cue card.

The reunion special titled “Red Nose Day Actually,” will be shown as part of the “Red Nose Day” 2017 telethon on BBC One that raises money and awareness to help children living in poverty around the world.

Love Actually star Emma Thompson said she will not return for the sequel since Alan Rickman, the actor who portrayed her onscreen husband, died last year.

“It would be sad, too sad,” Thompson said. 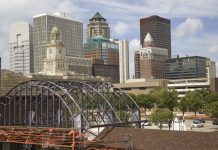 Iowa rated as best state to live in; Louisiana the worst 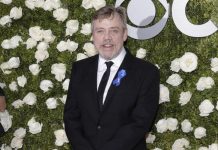