“It is with great sadness that we note the passing this morning of long-time legendary MAD artist Jack Davis,” the comedic publication noted in a statement on Facebook.

“Jack was one of the founding members of MAD Magazine’s ‘Usual Gang of Idiots.’ An enormously gifted and versatile artist, Davis’ work appeared in the very first issue of MAD and virtually every issue over the next four decades,” they continued alongside photos of some of his most memorable work for the magazine.

The cause of death has yet to be revealed.

Davis is known for creating some of the most iconic cartoon images for the magazine including his parody pieces based on “The Lone Ranger,” “Raiders of the Lost Ark” and “M*A*S*H.” The cartoonist also created posters for films such as “American Graffiti” and “Bananas.”

“There wasn’t anything Jack couldn’t do,” noted MAD editor John Ficarra. “Front covers, caricatures, sports scenes, monsters — his comedic range was just incredible. His ability to put energy and motion into his drawings, his use of cross-hatching and brush work, and his bold use of color made him truly one of the greats.”

“More than any one piece, it was Jack’s immediately recognizable style that revolutionized comic illustration,” noted MAD art director, Sam Viviano. “There is not a humorous illustrator in the past 50 years who hasn’t been influenced by him.”

Throughout his career Davis received recognition for this work including the National Cartoonist Society’s Milton Caniff Lifetime Achievement Award in 1996, the NCA’s Reuben Award in 2000 and was inducted into the Will Eisner Hall of Fame in 2003.

According to The Hollywood Reporter, Davis, who retired in 2014, still continued to draw up until his death. 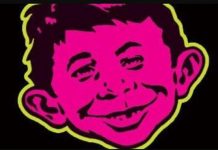 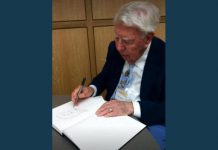