NEW YORK, Aug. 21 (UPI) — Electronic Arts is revving up the curiosity of football fans with the release of “Madden: The Movie.”

“To be honest, this is the perfect opportunity to have fun with our brand and put content into the world that we know our fans will love,” EA Global Creative Team vice president Dana Marineau told CBSSports.com. “It’s certainly a journey to get here. Madden is a 27 year-old franchise — you’ve got to earn the ability to tell stories like this. But even with all the over-the-top action, the story itself is just a simple tale about Dave Franco assembling a team of heroic NFL playmakers to help him defeat his Madden rival.”

“Nothing out of the ordinary to us!” 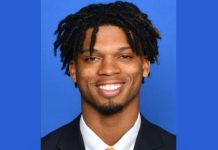 Damar Hamlin in attendance for Buffalo’s playoff game against Cincinnati 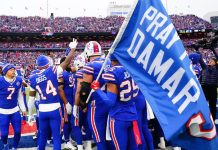 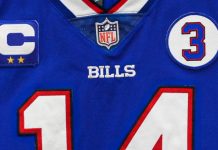