The 37-year-old professional dancer discussed in an interview with ABC News the “amazing” summer wedding he and Murgatroyd have planned at Oheka Castle in New York.

“We have an amazing, amazing space on Long Island, Oheka [Castle],” Chmerkovskiy said. “It’s going to be great.”

Oheka Castle is a historic hotel in Huntington, N.Y., that has appeared in several films, such as “Citizen Kane” and “Cruel Intentions.” Several stars, including Joe Jonas and Joey Fatone, have tied the knot at the venue.

“We went there. It’s perfect,” Chmerkovskiy gushed. “We’re going to have it for two days. They’re closing the whole hotel. It’s going to be unbelievable.”

Chmerkovskiy and Murgatroyd met as pros on “Dancing with the Stars” in 2011, and got engaged in December 2015. The couple welcomed son Shai in January, and admitted the next month that parenthood and wedding planning has been “a lot” to handle.

Chmerkovskiy and Murgatroyd are partnered in “Dancing with the Stars” Season 24 with Glee alum Heather Morris and “The Bachelor” Season 21 star Nick Viall, respectively. Murgatroyd introduced Shai to Viall and his fiancée, Vanessa Grimaldi, last week.

Episcopal Church: all same-sex couples can marry in their home churches 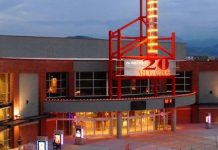