July 3 (UPI) — Tim Allen‘s “Last Man Standing” will feature new stars taking on the role of Mandy and Boyd when the sitcom returns for Season 7 on Fox in the fall.

Molly Ephraim, who portrayed Allen’s onscreen daughter Mandy and Flynn Morrison as grandson Boyd, will not be returning to the series with the roles set to be recast ahead of Season 7’s Sept. 28 premiere date.

Ephraim and Morrison decided not to return to the series after it was originally canceled by ABC following Season 6. Fox then announced that it would revive the comedy with Allen’s Mike Baxter set to return alongside original stars Nancy Travis (Vanessa), Amanda Fuller (Kristin), Jonathan Adams (Chuck), Christoph Sanders (Kyle), Jordan Masterson (Ryan) and Hector Elizondo (Ed).

“Last Man Standing,” from creator Jack Burditt, follows Allen as a conservative, married father of three adult women who is in charge of marketing for a chain of sporting goods store in Colorado. 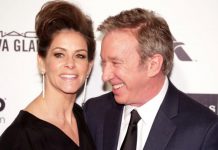