July 28 (UPI) — Tony winner Mandy Patinkin said Friday he will not star as planned in the Broadway musical “Natasha, Pierre & the Great Comet of 1812” this summer.

The white actor’s casting was met with a social media backlash because it meant it would cut short the run of African-American actor Okieriete “Oak” Onaodowan in the role of Pierre.

“My understanding of the show’s request that I step into the show is not as it has been portrayed and I would never accept a role knowing it would harm another actor,” Patinkin said in an emailed statement to The New York Times. “I hear what members of the community have said and I agree with them. I am a huge fan of Oak and I will, therefore, not be appearing in the show.”

The producers have said the musical is losing money after the departure of Josh Groban and the team wanted to bring in the well-known Patinkin to increase ticket sales. They explained the timing of the cast change was due to Patinkin’s shooting schedule on the Showtime series, “Homeland.”

The producers also said they hoped Onaodowan, a “Hamilton” alum, would consider returning to the show after Patinkin finished his performances, but Onaodowan announced on social media he would not be back after his last scheduled show on Aug. 13.

“I always try to speak from my heart with love after listening,” Onaodowan said. “I have listened. I’m more than grateful for all the love and support the community and fans have shown me. It makes what we do and deal with as artists easier when you know many people do indeed have your back and that you are valued for your work. In spite of everything, I am grateful to have had the time to bring this character to life with a remarkable cast that truly make the Imperial Theater a sacred place every night. … AUGUST 13th WILL BE MY LAST SHOW! I will not be returning….”

“Hey all. bit of a devastating last 24 hours. So sorry for how everything went down. Bothing but love and artistic awe for @OakSmash,” Malloy wrote.

“The show was in desperate shape; sales after Ingrid leaving Aug 13 were catastrophically low. Show would have closed,” Malloy added, followed by: “It’s apparently a weird show. Turns out it needs a name to sell it.

“Mandy is a beautiful legend. Had no idea. He didn’t ask to out Oak, the show asked him to come ASAP because we were on brink of closing,” Malloy went on.

“So sorry to have missed the racial optics of it. We had to do same thing with dear beloved Brittain so in my head it was no different,” read another post from Malloy.

My last show will be Aug 13th! Peep below for some words… Or not. 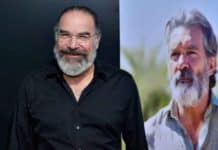 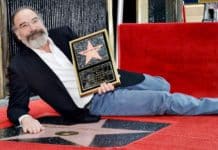