March 20 (UPI) — This weekend, Mark Hamill tweeted an early photo of himself dressed as Luke Skywalker on the set of “Star Wars: A New Hope.”

“Taken in Tunisia early morning Day #1 waiting for my 1st shot (emerging from home for robot auction)-Perhaps the very 1st #LukePic #SW,” he captioned the Twitter image, which featured him standing in a desert, sporting shaggy, blonde hair and wearing a white tunic and pants, as well as a utility belt.

The science-fiction blockbuster “A New Hope” was released in 1977. Hamill, now 65, has since appeared in three “Star Wars” sequels and is set to star in this winter’s “Star Wars: The Last Jedi.” 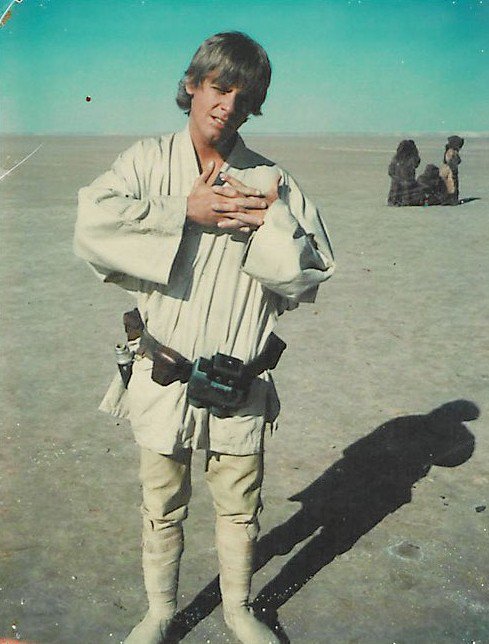