The 59-year-old American actor issued a statement through his rep after The Daily Telegraph employee claimed Gibson pushed her as she snapped pictures of the star and rumored new girlfriend Rosalind Ross in Sydney.

“He was spitting in my face as he was yelling at me, calling me a dog, saying I’m not even a human being and I will go to hell,” the photographer told her publication. “He swore and called me a [expletive]. It was nonstop; he didn’t even breathe.”

Miller alleged Gibson “shoved” her while her back was turned, and claimed she feared “he was going to punch [her] in the face.” Ross, 24, is said to have intervened and apologized before leading the actor away, and the incident was subsequently reported to police.

“Basically Mr. Gibson and his friend were being harassed by this photographer and he asked her repeatedly to stop, which she did not,” the star’s rep said in a statement. “There was never any physical contact whatsoever and the story being told by her is a complete fabrication of the truth.”

Gibson is in Australia to begin pre-production on his new directorial effort, the World War II movie Hacksaw Ridge starring Andrew Garfield. The actor last helmed the 2006 film Apocalypto, and has since appeared in Machete Kills and The Expendables 3. 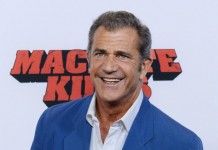 Mel Gibson on ‘Hacksaw Ridge’: ‘This is the pinnacle of heroism’ 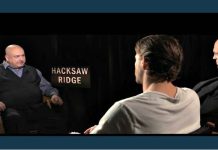 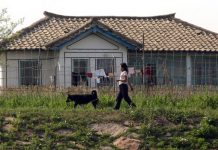 North Korea pushing students to step up spying on each other