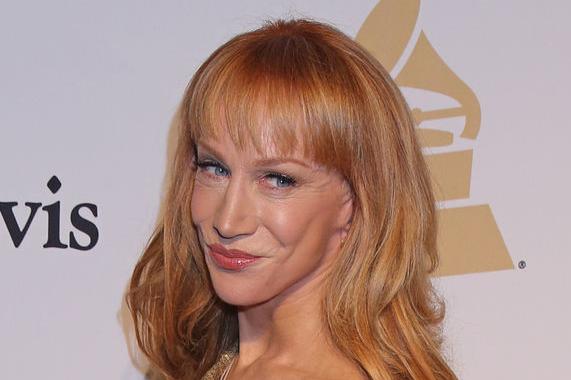 [/one_fourth][three_fourth_last]
The 47-year-old television personality asserted as much to Hoda Kotb of Today on Tuesday. Griffin replaced the late Joan Rivers on E! series Fashion Police in January, but left amid the Giuliana Rancic-Zendaya controversy in March.

“My biggest complaint was the feeling that she kind of [expletive] all over my mother’s legacy in her statement on leaving,” she said of Griffin’s departure. “And I know that that was not an intentional reading of it, but that’s how I felt.”

“By calling the comedy and the style of it old-fashioned,” she explained. “It’s like, I understand what you’re doing, you’re trying to save yourself, but don’t crap all over my mother to do it … That was very personal.”

Griffin never explicitly called the show “old-fashioned,” but said the series contributed “to a culture of unattainable perfectionism and intolerance towards difference.” Longtime host Kelly Osbourne quit the program two weeks previous over the Rancic-Zendaya incident.

Fashion Police was put on hiatus following Osbourne and Griffin’s departures. Rivers is the daughter of Joan Rivers and Edgar Rosenberg, and co-starred with her mother on WE tv series Joan & Melissa: Joan Knows Best?.