Sept. 5 (UPI) — Melissa Villasenor has confirmed she won’t be back for the new season of “Saturday Night Live.”

“Oh my sweetie fans, my Melissa monsters, i know ‘thas sah’ me leaving the show, but! i felt this was my soul telling me its time to spread my wings. lots more for me to dig in and discover. what an honor to experience my kid dream, what an honor. forever grateful,” Villasenor tweeted Sunday.

She added: “People ask me ‘whats next whats next?!’ i’m like ‘chill man i am gonna be proud for a while, travel, enjoy life, do more volunteer work, spend time with my family, from there art blooms.'”

Media reports this weekend said Villasenor, as well as Alex Moffat and Aristotle Athari, will not return for Season 48 of the sketch-comedy show.

Villaseñor and Moffat had been cast members since 2016 and Athari joined last season.

Cecily Strong is expected to be absent for at least the early part of the upcoming season because she is working on other projects and senior producer Lindsay Shookus, who had worked on “SNL” for about two decades, left the show in late August.

Producer Lorne Michaels reportedly has been auditioning comedians to join the show, but the ensemble for Season 48 is not yet set. 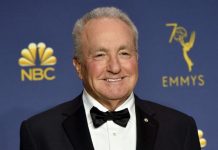