“[It] was an extraordinary, unique ride,” Weatherly lauded. “I mean, 13, years. It really felt like a circle that had gone all the way around and I felt really happy with the resolution of the character and my time on the show.”

“When I got in the elevator for the last time I thought, ‘I understand it all. It’s time to leave before I have another question,'” he said of his story’s ending.

Weatherly was promoting his new series, the CBS legal drama “Bull,” with Phil McGraw, aka Dr. Phil, who inspired and co-created the show. The actor said the project was “an amazing change” after his time on “NCIS.”

“It came about at the right time. I was burnt out by ‘NCIS’ and I was ready for a new challenge,” he admitted. “Sometimes change is as good as the rest.”

“Bull” is based on McGraw’s early career as the head of a trial consulting service. The series co-stars Freddy Rodriguez, Geneva Carr and Chris Jackson, and is scheduled to premiere Sept. 20. 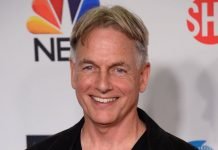 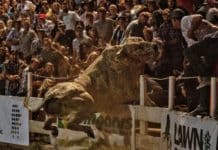