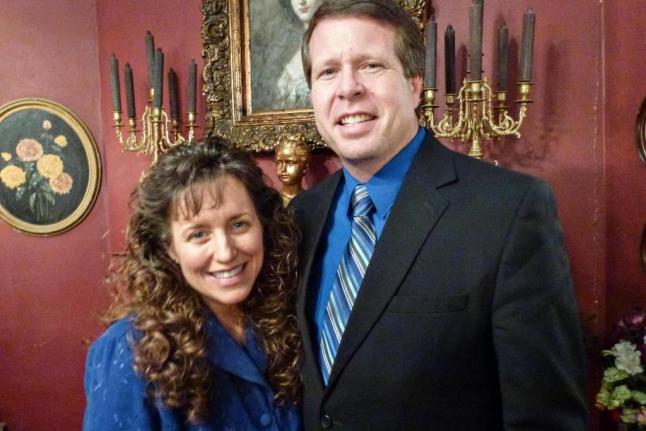 NEW YORK, May 30 (UPI) — Jim Bob and Michelle Duggar announced Saturday they will sit down with Fox News’ Megyn Kelly for their first TV interview since news broke of their son Josh’s sexual molestation scandal.

“Next week we will sit down with Megyn Kelly on Fox News to share our hearts with you about the pain that we walked through as a family twelve years ago, the tears we all shed and the forgiveness that was given. We appreciate the outpouring of love and prayers for our family at this time,” the couple said in a statement on their official website.

The devout Christian family’s show 19 Kids and Counting has been yanked from TLC’s lineup, but not yet canceled, in the wake of Josh’s disgrace. The move came after media reports said Josh — now 27 and the married father of three children — had been accused of molesting five young girls, including family members, starting in 2002 when he was a young teen. He was never formally charged or convicted of a crime.

The sexual abuse news also sparked the threat of a lawsuit from “Mama” June Shannon whose own TLC series Here Comes Honey Boo Boo was canceled last year after she was photographed on dates with a convicted child molester.

“Twelve years ago, as a young teenager, I acted inexcusably for which I am extremely sorry and deeply regret. I hurt others, including my family and close friends,” Josh Duggar said in a statement earlier this month. “I confessed this to my parents who took several steps to help me address the situation. We spoke with the authorities where I confessed my wrongdoing, and my parents arranged for me and those affected by my actions to receive counseling. I understood that if I continued down this wrong road that I would end up ruining my life.”

19 Kids and Counting was in its 10th season when it was suspended.