LOS ANGELES, Aug. 30 (UPI) — Lucy Lawless said she prefers her new series, “My Life Is Murder,” to the ones that made her a star. The “Xena,” “Spartacus” and “Ash Vs. Evil Dead” star said the Acorn TV mystery show, returning Monday, suits her better.

“I always hated action,” Lawless said on a Television Critics Association Zoom panel. “I don’t do fantasy, I don’t watch fantasy, I’m not interested in any of this stuff, but I found myself in this crazy genre.”

“My Life Is Murder” sees Lawless use her brain to solve crimes rather than her fists. Lawless plays Alexa Crowe, a former detective turned private investigator.

In Season 1, Alexa investigated cases in Australia. Season 2 moves her to New Zealand, where the 53-year-old Lawless was born.

“She goes back to her roots because she’s got a troublesome family member to deal with,” Lawless said.

While visiting home, Alexa hears that a woman has shot a stranger in broad daylight. Alexa can’t help but investigate the case.

Alexa’s partner in solving crimes, Madison Feliciano (Ebony Vagulans) follows her to New Zealand. Lawless said it was important to maintain their partnership to continue the show in a new setting.

“I actually need her,” Lawless said. “I like the handoff. I’d prefer not to be in every single scene. She can carry the story.”

“My Life Is Murder” premiered in 2019, one year after “Ash Vs. Evil Dead” ended. Even though the subject is murder, Lawless said the show’s tone is a welcome contrast to her intense action and horror work.

“I’ve done a lot of dark stuff in my career, and I was a little bit tired of it, to be honest,” Lawless said.

Whether Season 1 in Australia or Season 2 in New Zealand, “My Life Is Murder” takes place largely in the daytime, with sunlight and colorful locations. Lawless said “My Life Is Murder” demonstrates that crime is not limited to the back alleys and dark recesses of inner cities.

“Guess what? Murder does happen in bright places, too,” Lawless said.

Lawless said other detectives can be as dark as the crimes they solve. Lawless said classic detectives like Sherlock Holmes and modern ones like Dr. Gregory House have drug addictions intertwined with their genius.

Alexa is a widow, and Lawless said grief makes Alexa reluctant to open up to others. Lawless said she prefers Alexa’s emotional issues to a chemical dependency.

“You’ve got to have that raw edge that makes her a little bit of a fortress, a tough nut to crack because she’s hurting somewhere,” Lawless said.

New episodes of “My Life Is Murder” premiere on the Acorn TV streaming service on Mondays through Oct. 25. 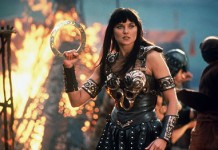 Xena To Be Openly Gay In Upcoming Remake, Producer Says 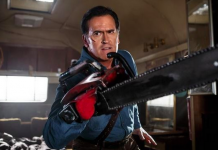 ‘Ash vs. Evil Dead’ Gets Second-Season Order Ahead of Premiere