“MythBusters is and always will be an incredibly important part of Discovery’s history,” Ross said in a statement. “Adam and Jamie are enormous talents who have brought learning and science to the forefront of this network.”

Season 14 will air in 2016, and back episodes of the series will move to the Science Channel the same year. Savage and Hyneman addressed the news in a video on the show’s Facebook page, and admitted they knew the end was near in an interview with EW.

“We knew it [was ending] at the beginning of 2015,” Savage said. “So we’ve been filming the last season episodes all year long. I can tell you I’ve been going through all the Elisabeth Kubler-Ross stages of grief — anger, acceptance denial — it’s all been happening.”

“There’s an emphasis on looking back,” Hyneman said of the final episodes. “We could do a Ph.D. dissertation on the things we’re tackling. We’ve tried to go as deeply as possible into the things we’re doing and gave them the respect and care they deserve.” 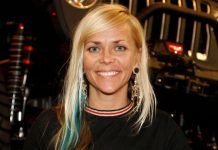 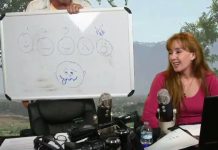 Shark Week, When Animals Attack, the best place to nurse your baby! ‘The Todd and Erin Morning Stream’ — June 23, 2017