The streaming service and Rhimes’ Shondaland production company released details Friday about the eight series shows have in development.

“It’s been thrilling to begin this journey with Shonda, Betsy (Beers) and their team and watch them embrace the full range of creative freedom possible at Netflix,” Cindy Holland, Netflix’s vice president of original content, said in a statement. “Infused with Shonda’s sensibility, the Shondaland slate is shaping up to be something truly special that we know will delight our members around the world.”

“I wanted the new Shondaland to be a place where we expand the types of stories we tell, where my fellow talented creatives could thrive and make their best work and where we as a team come to the office each day filled with excitement,” Rhimes added. “Ted (Sarandos) and Cindy and everyone at Netflix have been incredible partners in making that happen. This is Shondaland 2.0.”

Rhimes is creating an as-yet-untitled series based on the New York Magazine article, “How Anna Delvey Tricked New York’s Party People” by Jessica Pressler, while “Scandal” veteran Chris Van Dusen will adapt and show-run the Untitled Bridgerton Project, which is billed in a news release as “a smart, feminist take on Regency England romance.”

Actress and playwright Anna Deavere Smith is adapting “The Warmth of Other Suns,” a story that “tracks the decades-long migration of African-Americans fleeing the Jim Crow South in search of a better life in the North and the West between 1916 and 1970.”

Janet Leahy will create “Pico & Sepulveda,” a series “set in the 1840s against the surreal and sensual backdrop of the then-Mexican state of California.”

Also included in the lineup are the non-fiction offerings “Reset: My Fight for Inclusion and Lasting Change” and “The Residence.” The first project is based on the memoir of Ellen Pao, who sued her former employer, “shook Silicon Valley to its boys’ club core and pre-saged the Time’s Up movement,” and the second looks at the people who work in the residence area of the White House.

Rhimes, 48, announced last August that she had signed a multi-year deal with Netflix after years of success helming hits for ABC, such as “Grey’s Anatomy,” “Scandal” and “How to Get Away with Murder.” She was inducted into the Television Hall of Fame in November. 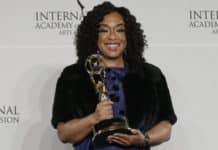 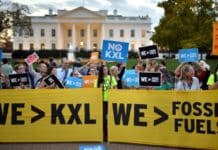