Sept. 8 (UPI) — A new teaser for the upcoming season of “Doctor Who” shows Jodie Whittaker as the titular time traveler standing below a glass ceiling, which shatters all around her.

“Whoops,” said the 13th Doctor and first female incarnation of the character.

The words, “It’s about time,” then scroll across the screen.

The show is to kick off its next season on the BBC Oct. 7.

Whittaker, who is best known for her work on the TV drama “Broadchurch,” was announced in July 2017 as the replacement for Peter Capaldi, who left the role after three seasons. 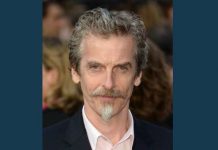 Peter Capaldi says last day of ‘Doctor Who’ was ‘fun and then sad, too’ 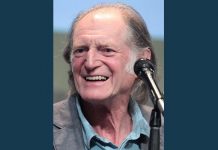