Best known for starring in Buffy the Vampire Slayer, Brendon took to Facebook to air out his grievances and explain his reasoning for cutting his appearance on the show short.

“First and foremost, I want to acknowledge all the good Dr. Phil has done for people, famous or not, ” Brendon wrote. “His production has spent millions on helping people turn their lives around. I was on the Dr. Phil Show today and walked off. I’m sure you’re wondering why.”

“I’m the first to admit I’ve messed up, a lot, and I’ve hurt people I care about and who care about me,” he continued. ‘When I was in that seat I felt that Dr. Phil went for the jugular, talking about some of my recent mistakes, with no build up. I felt that he wanted to lay the darkest parts of myself on national TV right from the start, and I’m not willing to do that.”

The past year has been rough for Brendon was has been arrested three times, twice fortrashing hotel rooms in Florida and once for public intoxication and impairment in South Carolina.

The actor has also went through a divorce after being married for four months back in February. Still Brendon is keeping a positive mindset and is willing to admit his mistakes as he tries to better himself.

“For those of you who are disappointed by the events of the past week or the past year, I’m sorry. For those of you who have shared your own struggles with addiction and depression, thank you,” the actor wrote mentioning his fans. It lifts my spirits to know we are not alone. Keep ’em coming. I’m sure I’ll have ups and downs to come, but I’m hopeful for a bright future.” 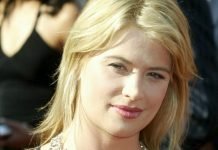 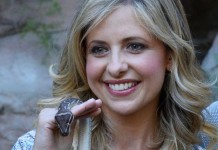