LOS ANGELES, Nov. 4 (UPI) — Nicole Kidman is opening up about her “deep” and “personal” love for her eldest two children.

The 49-year-old Australian actress said in the December/January issue of Town & Country that her movie “Lion” is dedicated to her daughter Isabella and son, Connor, whom she adopted with ex-husband Tom Cruise.

“I can see now, for ‘Lion,’ that it was important to me because I’m a mother with adopted children,” she told the magazine. “This movie is a love letter to my children.”

“Sue is deeply maternal and full of unconditional love, which is beautiful. That’s why I wanted to do it. I relate to that. I feel that for my own children who are adopted,” the star said.

“It’s not about anything else other than ‘I wanted you.’ It’s that deep and personal, and whatever your journey is, I’m here to love and support you. That’s what I connected to,” she explained.

Kidman is also mom to two daughters, 8-year-old Sunday and 5-year-old Faith, with husband Keith Urban, whom she married in 2006. She previously discussed the importance of family in a 2014 interview with Women’s Weekly.

“The most important things to me are the love of our relationship and my children,” the star said. “At this stage of my life, and with time being so precious, the joy I get from us as a family outweighs any joy in any other area of my life, by far.”

“[Bella and Connor] are generous, kind and hardworking,” she added. “And these are traits that I love to see in my children.”

“Lion” opens in theaters Nov. 25. Kidman will also star in “How to Talk to Girls at Parties” with Elle Fanning and the new HBO series “Big Little Lies” with Reese Witherspoon and Alexander Skarsgard. 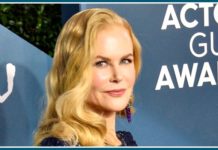 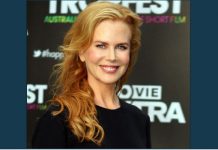