The 29-year-old actress recalled on Wednesday’s episode of Dr. Elliot Berlin’s “Informed Pregnancy” podcast how Somerhalder took a proactive approach after they decided to start a family.

“[He] threw out all my birth control pills,” she told host Dr. Elliot Berlin, after Somerhalder recounted how they agreed to start trying for a pregnancy in May 2016.

Somerhalder explained he and Reed came to their decision while vacationing with friends in Barcelona, Spain. He said his friends filmed the actress’ reaction as he flushed her birth control pills down the toilet.

“We decided that we wanted to have children together, and it was just time. But unbeknownst to poor Nikki, she didn’t realize that I was going to go in her purse and take out her birth control,” the 38-year-old actor confessed.

“There’s a six-minute video where she’s freaking out,” he added. “Actually, now thinking about it, I guess I kind of decided [to start a family].”

Reed and Somerhalder ultimately welcomed their first child, daughter Bodhi Soleil, in July. Somerhalder gushed about Reed in an Instagram post the next month, saying he was “very proud” of the new mom.

“Seeing these images reminds me of those amazing 9 months that you sacrificed your whole being to grow our little one,” the actor captioned a photo of Reed on the cover of Fit Pregnancy.

“You brought such fun and such power into our lives being pregnant but you literally brought the word sexy into pregnancy, we all see it,” he added. “Thank you for being my partner in life and thank you for inspiring not just me but all others who read, hear or see what your soul gives us.”

Reed is known for playing Rosalie Hale in the “Twilight” movies, and has since portrayed Betsy Ross on “Sleepy Hollow.” Somerhalder played Boone Carlyle on “Lost” and Damon Salvatore on “The Vampire Diaries.” 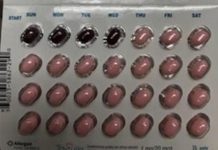 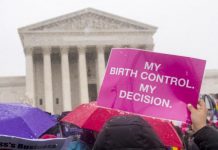