“We would have loved Nina to stay,” Pedowitz said. “She did a great job for the six years she was on the show. She is welcome back any time she wants to come back.”

Dobrev announced her departure in April, saying she “always knew [she] wanted Elena’s story to be a six season adventure.” The actress later told People she was “very torn” about leaving, and shared a number of throwback photos ahead of her final episode.

“The Vampire Diaries” premiered in 2009, and will continue to star Ian Somerhalder, Paul Wesley and Kat Graham. The series follows the supernatural inhabitants of the fictional small town Mystic Falls, Va., and will return for a seventh season Oct. 8. 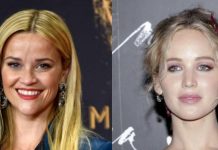