June 9 (UPI) — The upcoming fourth season of “The Good Place” will be the sitcom’s last.

“After ‘The Good Place’ was picked up for Season 2, the writing staff and I began to map out, as best we could, the trajectory of the show. Given the ideas we wanted to explore, and the pace at which we wanted to present those ideas, I began to feel like four seasons — just over 50 episodes — was the right lifespan,” series creator Mike Schur said Friday.

Season 4 is scheduled to begin airing on NBC in the fall.

Bell plays an “ordinary woman who enters the afterlife, and thanks to some kind of error, is sent to the Good Place instead of the Bad Place [which is definitely where she belongs]. While hiding in plain sight from Good Place Architect Michael [Danson,] she’s determined to shed her old way of living and earn her spot,” a synopsis said.

“Since Day 1, The Good Place has been a seminal show for us and one that hits all the NBC touch points — incredibly smart, funny, inventive and emotional,” Lisa Katz and Tracey Pakosta, co-presidents of scripted programming for NBC Entertainment, said in a joint statement. “We know the audience will love what Mike Schur and his writers have in store for the final season.” 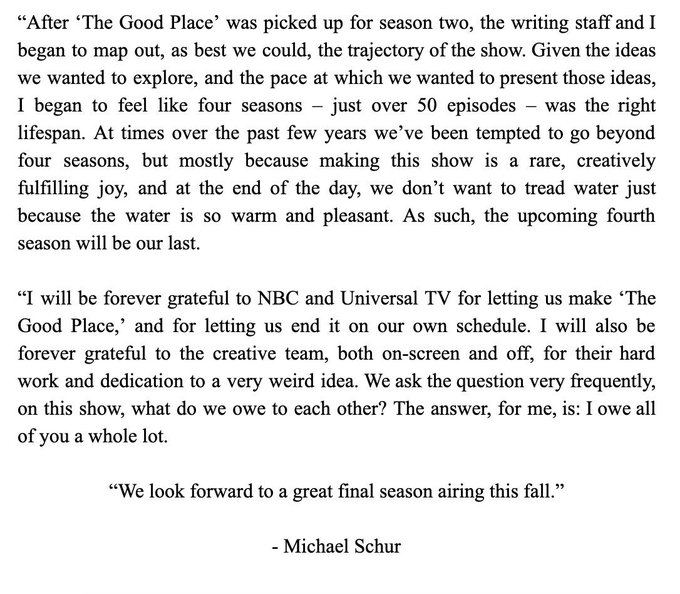 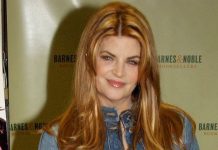 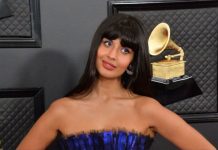